Sure, we all get along as people, however the rules of power and data separation are to be followed closely, as the two definitely don’t mix.

Electrical cables that are closely run, and/or run parallel to data cables can cause electromagnetic interference (EMI) or ‘Noise’. This EMI causes distortion (errors) in the transfer of data down the cable, making it difficult or impossible for the receiver to ‘decode’ the information.

There is often confusion regarding the rules that govern the minimum distance allowed to prevent EMI happening, as this is somewhat dependent upon whether the cable is shielded or unshielded and whether a divider is used between data and electrical. As a general rule though, for bare unscreened power cables and unshielded data cables without a metal divider between them – 200mm is the minimum distance they should be kept apart.

Failure to observe these rules may resort in distorting ‘noise’ which will have a significant impact upon the network, and also could mean non-compliance with the Electricity at Work Regulations 1989 & MC Regulations 2006.

For many office reforms and new builds, data and electrics will be run in simultaneously. Check the separation rules with any good Installer at the design stage, and they will be able to advise you.

All our Installations are fully Certified 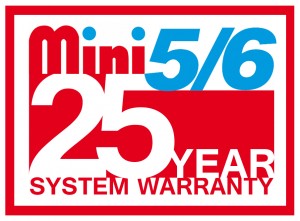